From Nothing to Everything in a Moment 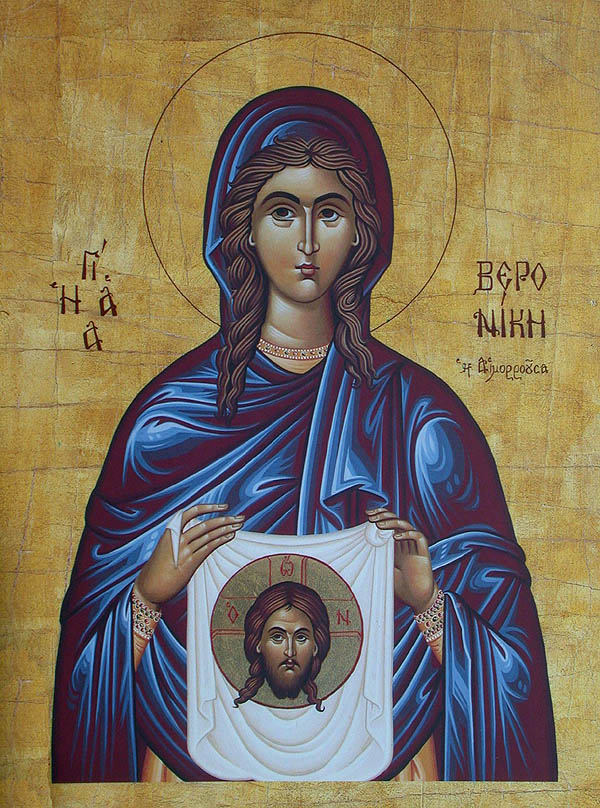 On July 12 the Church remembers the woman, called Veronica (or Beatrice) whose story is told in Matthew 9: 20-22. She has been suffering from a flow of blood for twelve years.

It would be hard to imagine a person whose life held less promise. This woman’s condition, which she had endured for such a long time, cut her off from society in many ways. She was considered to be unclean, and could not take part in the traditional social or religious events. She was not even supposed to be intimate with her husband, or to touch anyone.

In Luke’s Gospel we are given a further detail that Matthew’s account does not contain: this woman had spent all her money going to doctors and taking their recommended medicines or undergoing their suggested procedures, hoping to find a cure. She had not simply accepted her terrible affliction, but had tried with everything she had to do something about it. The failure to find a cure, for all those years, must have added to her heavy emotional burden.

Desperation, sadness, poverty and loneliness were things this outcast woman lived with every day. She was a person about as close to having nothing as it is possible to be.

Matthew’s Gospel tells us that her encounter with Jesus Christ took place when He was on His way to do a great work: a leader in the synagogue, whose daughter had just died, was asking Him to “lay Your hand on her, and she will live.”

This leader had something in common with the lowly Veronica; they shared faith in Jesus Christ. Matthew quotes her as saying something similar to what the leader had said about his daughter. Veronica says, “If I only touch His garment, I shall be made well.” So she breaks the rules about uncleanness and does touch the fringe on His garment.

Jesus’ response is immediate and unhesitating: “Take heart, daughter, your faith has made you well.” With these words He gives her not only healing, but hope for the rest of her life. She is not only cured, but she can take heart, or look forward with hope and confidence to the coming years of her life.

In one of the readings for this day, Saint Paul tells us
what happened to the woman when she reached out in
faith to Christ, and what happens to all those who put
their faith in Him. Everything, Paul writes in I Corinthians
3: 22-23, becomes theirs: “For all things are yours,
whether Paul or Apollos or Cephas or the world or life or
death or the present or the future, all are yours; and you are Christ’s, and Christ is God’s.”

By her act of faith in that one moment, the woman who had nothing was given everything. She simply had to step up and receive what is promised to all people. We can make it the aim of our lives to do the same.